Car battery light on? Here’s 8 Steps to Help You! 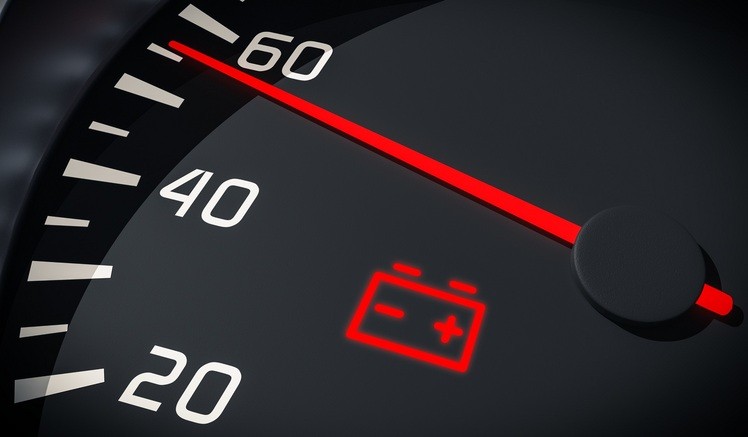 We’ve all been there. Monday morning. You’d rather be in bed than turning the key in the ignition. And then you spot it. The car battery light – that annoying dash alarm that looks like a little lit-up car battery.
Sinking feeling. What do you do?

Whether your car is old or new, the car battery light indicates that something is wrong with the way your car is charging your all-important battery.

Just like your TV remote and your electric toothbrush, your car needs a battery. The most obvious sign of a dead one is when the car won’t start, but that battery also provides crucial power to things like your radio, your lights and your engine. And even though it’s rechargeable, that car battery will only last a number of years – and maybe it’s seen its last winter.

But what if the battery light comes on and off while driving. In that case, there could be something wrong with your alternator – whose primary job is to charge the battery – or something else within your charging system.

So it’s Monday morning. Car battery light on. Panic. What should you do?

First, don’t panic. That car battery light may be on, and it may indicate a bit of a mess deep under the hood, the issue might also be extremely simple. If it’s a newer car, having a cup of coffee can often be enough time for a modern electrical system to clear the problem all by itself.

However, no matter why that car battery light is on – it’s on for a reason. So don’t ignore it. Make it one of your very first priorities to deal with, as ignoring a simple and inexpensive electrical or mechanical problem could turn into a serious, expensive one.

Perhaps that battery light comes on and off while driving – and in that case, treat the problem as though the light is on all the time. But if the light goes out just after you start the car, then that is entirely normal – as a car’s system will run through routine checks after you turn the key.

If that car battery light stays illuminated, try to turn off as many power-drawing systems of the car as possible. You may have power now, but if that battery is faulty or not charging sufficiently, you may only have enough to get home or to a mechanic. So turn off the air conditioner, the radio and the interior lights, and avoid using phone chargers and the electric mirrors and windows.

In some cases, the car battery light being on could indicate a more serious problem than just a problem with charging. If your car is overheating as well, you’ll need to safely pull over. If the steering suddenly feels heavy, then that system and others may also have working too – and that’s not safe.

6. If possible, keep it running

But if possible, keep that engine running. Perhaps your battery was just low and driving the car will charge it. And if you stop now, you may not be able to re-start it. So if everything else with the car looks, sounds and feels safe, drive it straight home or to the mechanic.

If you know a little about what lies beneath, open up the bonnet. Perhaps your battery is damaged or leaking, or the cables are corroded or loose. The alternator might also be the culprit – perhaps the belt is loose or even broken.
Another thing to check are the fuses – one could be blown. Remember that the box is probably located inside the car rather than under the bonnet.

But if everything seems fine and dandy, it’s time to find a mechanic. Modern cars are chock full of complex systems and sensors, and there could be more to the issue than meets the eye. On the other hand, a few simple tests and checks and an expert tweak might be the answer – or the fix might be just a tad over $100 for a shiny new car battery.

No matter what, always return to #1 – because panicking never solves a problem! Do you have any other great advice for someone who spots their car battery light on for the first time? We’d love to hear from you in the comments.

I agree with your thoughts, the light only indicates a charging problem. If the battery light signal came on while driving and stays on, then a broken alternator belt is most likely the culprit.

Great Insight I must say that The battery light indicates a battery charging problem. If the battery light comes on and stays on while you are driving, the most common cause is a broken alternator belt. Total failure of the alternator is another possibility. … Your car will run fine until the battery goes dead.