6 Types Of Negotiation You Need To Know About 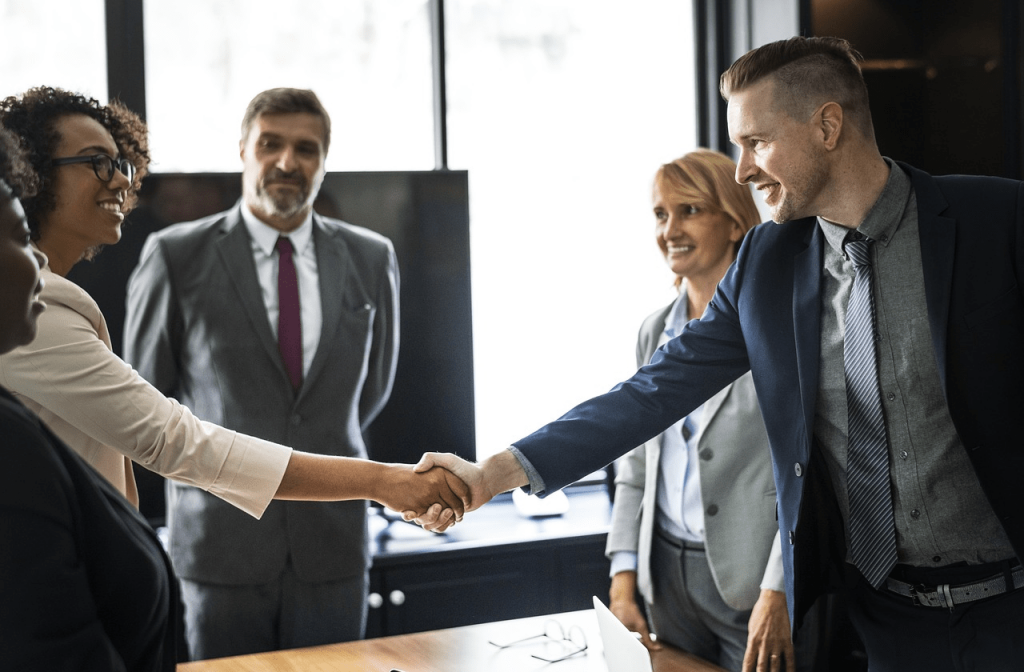 For as long as human beings have been collaborating, we’ve been negotiating. The word itself – ‘negotiation’ – is actually made up from two Latin words, negare and otium. Together, it means “to deny leisure”, which slid into the French and Spanish languages as a definition for ‘business’ itself. Instinctively, any collaborative person or organisation understands what it means to negotiate – to navigate a mutually-acceptable path through a problem where conflict or two or more other interests, methods or views are in play. But there are actually many types of negotiation, and in this piece, we’re going to dive right into them:

This is what we might refer to as zero-sum negotiation or the simplest and crudest type. It means that when one side of the negotiations gains something, the other loses a corresponding share of the cake. We sometimes refer to it as ‘zero-sum’ bargaining because it’s not about win-win, but rather about the two sides trying to win as much as possible and lose as much as possible.

However, it shouldn’t be looked at as a negative or crude form of negotiating per se. For instance, when a used car salesperson quotes you a price – let’s say $10,000 – you might offer $8,000. To limit the potential loss, the salesperson might come back with a counter-proposal of $9,000 to limit their loss.

At first glance, integrative vs distributive negotiation may seem similar, but the key differences are stark. The most obvious is that this approach is used when both parties understand that their interests are actually shared, and that real mutual gains are possible. But secondly, it’s not just about a single factor or a ‘zero sum’ game.

Take the example of job negotiations, when both the employer and the employee might be negotiating over several factors under the single heading of ‘the job’. For instance, there’s the salary to determine, but also many other employee benefits that may be integrated into the headline outcome. It may seem like more complicated negotiations to handle, but actually breaking a single issue down into bite-sized chunks can actually be easier to swallow, whilst also levelling the playing field somewhat where a purely distributive negotiation might disempower one side.

For instance, take two friends arguing over which movie to go and see. If one friend has heard it’s terrible, the other might argue by referring to online reviews and respected critics and ‘win’ the negotiation in that way. But it doesn’t necessarily have to be hostile. The party who wants to see the movie might not want to simply ‘win’, but actually and objectively persuade the other side that both parties are actually winning by relying on sound sources and seeing a great film together.

As we get deep into the various types of negotiations, let us introduce you to an acronym – BATNA. It stands for Best Alternative To a Negotiated Agreement and is a way to move forward even though the actual negotiations have ultimately failed. Negotiation experts Roger Fisher and William Ury came up with the acronym in a 1981 book called ‘Getting to Yes – Negotiating Agreement Without Giving In‘. In other words, even when the negotiations have failed, it’s still possible to move on.

Take the example of salary negotiations. If you’ve found yourself on the losing side of the argument, the ‘BATNA’ is the fall-back or worst-case scenario. But that ‘Best Alternative’ in the event of collapsed negotiations should arguably be a part of all negotiations, not only because of the reality of ‘lives goes on’, but because any offer or proposal should sit on the bed-rock of what the case will be if all else fails. So if an offer comes in that is below your BATNA, it’s easy to say ‘Absolutely not’ and move on. If the talks are going to fail and the offer is only slightly above the BATNA, the wisest course might then be a ‘yes’.

And now for another acronym – this time ‘ZOPA’ or Zone Of Possible Agreement. It’s also especially helpful for controlling particularly difficult negotiations because even when there is substantial agreement, there is still likely to be a ‘zone’ in which the two parties actually do sit on common ground – which can then be leveraged to strike a deal on the basis of a bit of give-and-take to the desired outcomes of both sides.

ZOPA negotiations are also helpful for multi-variant talks, where the negotiating is not just about – for example – salary, but the incorporation of one or two of one party’s preferences in exchange for one or two of the other party’s. Both sides therefore win and also lose, based on the overlapping expectations of what the ideal outcome may be. The ZOPA should also be regarded as crucial to all collaborative or positive negotiations, because no party should ever agree if they are perceived to ‘lose’ on every single one of their requests or interests.

On a ship, the anchor is what securely ‘anchors’ it to a fixed spot. In a negotiation, the negotiating ‘anchor’ might be a price – like that car salesperson we mentioned earlier stating the price to be $10,000. That might be considered the ‘anchor’ – but it can actually be misleading. For instance, the salesman might know very well that they would take $9000, which would be a good deal for them. Similarly, the purchaser may feel like they’ve won the negotiation if they bargain the salesperson down to $9000 – but actually, the car’s market value may be closer to $8000, and the salesperson is the only party that has ‘won’ based on a misleading negotiation anchor.

Understanding the implications of the negotiation anchor means savvy negotiators are often reluctant to be the ones who lets the potential anchor out of the bag. However, they may also be the first to divulge the diversionary anchor, as highlighted by our salesperson friend above. When used successfully, the salesperson might know that being more realistic with the anchor could put off the potential buyer, so they might aim higher with some corresponding information – such as, the car is in particularly good condition for its mileage, or has a full service history and one careful prior owner. After that, the entire negotiations can pivot around the anchor, so it’s a crucial factor to understand when entering talks.

But at the end of the day, while there are plenty of different types of negotiation and tactics, the ones deployed ultimately depend on the specific circumstances and industry – and a deep understanding of where each party stands in terms of the cards they’re holding as those negotiations begin.